Throughout the year, CIRB will spotlight members of the 2018-19 Emerging Leaders Program and share about their experience in the program.
Bryce Benson
Claims Supervisor, American Farm Bureau Insurance Service 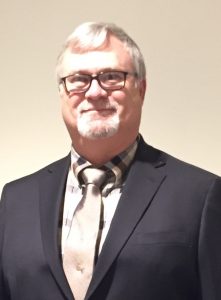 After graduating with a bachelor’s degree in Agri-Business, Bryce Benson began a farming and ranching partnership with his brother in law and they started operating the family farm and ranch. He began his crop insurance career in 1996 and in 2005 became a claims representative for AFBIS.
This year’s ELP class began with an introductory webinar that shared insights on the legislative state-of-play for the farm bill, policy communications efforts, membership engagement, and upcoming events and meetings. “I learned that there are 154 Senate and House of Representatives that have never voted on a bill that is focused on crop insurance,” Benson explained.

Benson lives in Alva, Oklahoma and oversees claims in seven states. He and his wife, Sherrie, have two daughters, two sons-in-law, and one grandchild. Follow him on twitter @brycebenson915.

The Emerging Leaders Program is designed to equip up-and-coming professionals on key policy issues and prepare them to be effective advocates for the crop insurance industry. All participants are employees of CIRB’s growing membership, which includes both crop insurance and reinsurance companies.